An open letter on the imperative of RSK adoption

Hello RSK community,
This is an open letter concerning leveraging near-production projects being built on RSK for community adoption drives.

I am project lead of Little Drawlings, a web3 browser game similar to pictionary, draw something, skribbl. io etc…
-whitepaper prototype link near end of letter-

We are planning on having a Minimum Viable Product alpha testing phase where we will be accepting donations in return for a “demo” Canvas NFT (may or may not be included in the production release.) The user can draw on this Canvas NFT using our web browser artboard drawing widget. This user-illustrated image is then saved to IPNS and linked to by the newly minted Canvas/Painting NFT. The Painting can then be held for whatever time or sent to another wallet and then edited or erased and re-drawn once connected to the artboard widget again.

This IPNS integration allows for editing the underlying image representation of the NFT without unnecessary on-chain friction. I plan on using this emergent use-case in future projects. Private keys are held in a separate CDN accessible by the team (not ideal, looking to decentralize.)

One such project is a form of Profile Picture NFT. A user can purchase an NFT connected to IPNS, upload a photo, and use the NFT as a profile picture on Twitter and the other social media sites integrating NFTs. The user can then change their profile picture behind the NFT by once again connecting via web3 wallet to our smart contract and uploading a new photo.

The logical extrapolation of this idea would be to combine it with the Orange Checkmark idea Michael Saylor has suggested for combatting online bots (or at least providing a proof of humanity type service.)

Ideally a user would pay a small origination fee in addition to placing 1/10,000th of a block reward (or whatever arbitrary btc amount) in a type of escrow (locked in a Smart Contract), and mint a profile photo NFT. The user is welcome to update their profile photo at will for a small access fee. The user is free at any time to turn in their profile picture NFT and unlock their collateral. Perhaps the user stakes 1/10,000th of a block reward and “takes a loan” out on their collateral of the PFP NFT (in lieu of USD etc.), with the option to pay back the loan with said NFT.

Another specific application we intend on pursuing is a form of NFT Manila Envelope for file sharing allowing users/organizations to securely share, edit, and track private files (google docs/microsoft office suite are legitimate dangers to users right now due to virus/vulnerabilities - see FOLLINA zero day vulnerabilities.) It won’t be long before reliable decentralized video live streaming and archiving capabilities are a reality.

It is also exciting to imagine the possibilities of business/family/personal specific smart contract white labeling. I.E. ABC company has a specific smart contract that locks after mint and only the 70 NFT file sharing tokens have access to the secret ABC company schedule (or family photos, incorruptible public records, etc.) can view it through the lens of a ABCcompany.rsk decentralized website. The owners of the company minted 60 read only NFTs and 10 read/write NFTs held by management used to update the schedule with no on-chain friction. I understand these applications may have significant overlap with RIF endeavours but the proof of concept will drive adoption.

I could go on about the applications of these mutable NFTs, the use cases are wide open. Document signatures seem to be the biggest value creator at a glance. BTCnotary.rsk could replace docusign in a matter of years.

I would love to collaborate on a RSK user drive that walks new users through the wallet setup, rBTC acquisition, NFT mint of the Canvas NFT game piece, minting mutable PFP NFT, and registering their own .rsk domain. I think that having users take ownership of RSK / RIF’s products such as registering a domain will lead to higher return and continued use rates.

I like to imagine a web3 veteran spending less than $20 USD in a bear market and coming out with a personal profile picture NFT, a mutable user-illustrated painting NFT, and a personal domain name for your wallet and future decentralized website……

I believe a project like the PFP NFT could prove to be an effective user drive and plan on rolling this out at the time of our Little Drawlings MVP Canvas as a sister-project with proceeds directed at a separate DAO focused on utility NFT use-case exploration. Once usability is matches legacy platforms the world will rush to decentralized web, if not for platform UX/UI they will use decentralized web for secure data storage/filesharing/legal documentation etc… I would love the RSK/IOV team’s advisement on such an endeavour.

Another user-drive I’ve been entertaining is a sort of decentralized wedding registry for brides to be. My sister is getting married in a few months and I halfway expect her country to stop travel as they have done the past few years. She could set up a decentralized site accessible by most web2 browsers and have a donation in rBTC option, maybe even have a fiat to rBTC option for those who refuse to create a web3 wallet. I think newlyweds would much rather receive som BTC as a wedding gift over a currency that will be lose 5% of it’s purchasing power by the time she walks the aisle.

The time for a user drive is now through the new year. I think it is everyone’s best interest to onboard as many new users and web3 vets to RSK, not just for BTC maxis, but crypto as a whole. The way ETH is going is honestly terrifying, the push for SBTs and dismissal of concerns over LIDO controlling 1/3 the entire network are antithetical to everything I’ve learned to love about DLT. For those familiar with US history I feel the past 12 years will be viewed as a sort of Articles of Confederation analogue in DLT, let’s get the users and push for BIP300 + and enter the constitution phase of DLT, ultimate authority residing with the BTC blockchain.

I am also excited to experiment with new my governance model on the various projects I will be working on. It utilizes ranked instant runoff methods as well as delegation and quadratic vote weighting. I consider the Little Drawlings project to be just as much an experiment in governance as it is in NFT use cases. It can be found at: 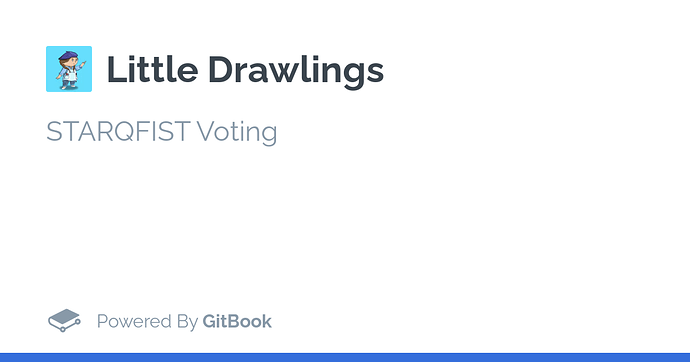 ok so if this forum is dead, the development is dead…

The forum is not dead. And RSK developers do not generally post in the research forum.
Maybe you message was not posted in the right forum.
Try Redirecting...